This International Championship course, designed by Robert Trent Jones, Jr in 2015 can be played at any time on simulator at Golf en Ville, the premier commercial indoor center of Paris 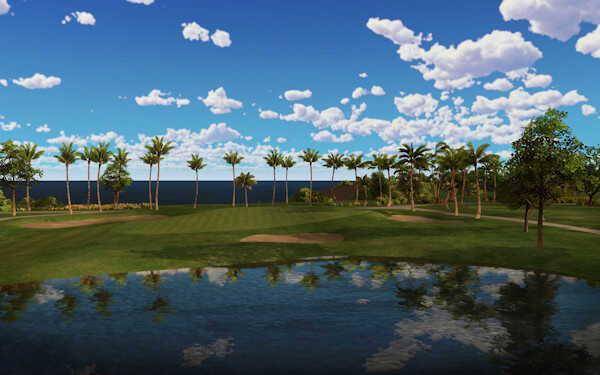 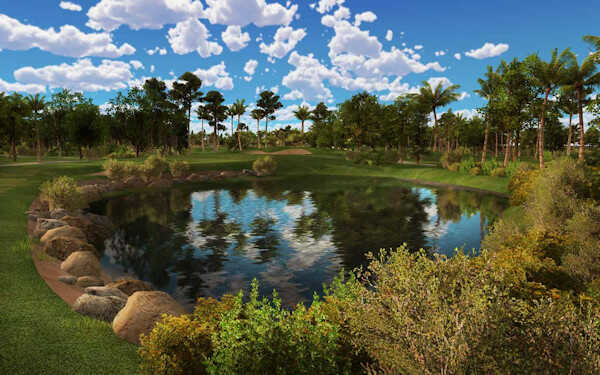 TPC Dorado Beach in Puerto Rico is the home of championship golf, panoramic ocean views, and bunkers filled with native sand. This course has been redesigned by Robert Trent Jones, Jr. from a seaside classic to a modern championship layout.

Jones lengthened the course by nearly 700 yards, making Dorado Beach a formidable 7,200 yards, with many holes playing into the strong Caribbean wind. Also, he reshaped the bunkers and filled them with native sand.

Dorado Beach was voted by Golf Digest in the Top 100 Best Courses Outside the United States.

Chi-Chi Rodriguez had this to say about Dorado Beach,

'Dorado Beach Resort & Club is a very impressive place. There are four courses. They just opened the East course after an 18-month restoration, and it’s gorgeous. The new bunkers are amazing. They have a rolling look that makes them seem as though they are part of the distant ocean. And the redesign allows golfers of all skill levels to enjoy the course.'

TPC Dorado Beach was once the private playground of the rockefeller family, you can easily see what makes tpc dorado beach so special

Dorado Beach has a rich history, In the 1950’s the resort was built by the Rockefeller family and opened with two 9-hole courses designed by Robert Trent Jones; the East Course and the West Course later both expanded to 18 holes. The glory days of Dorado Beach were the 50s and 60s. The East Course hosted several prestigious championships during the 60’s and gained a worldwide following.

The East Course is the Championship Course, over the years it’s hosted several championship events and when the PGA Tour pros are in town this is the one they play. The East Course is one of the most famous golf courses in the Caribbean, its place in history was cemented when Jack Nicklaus was quoted as saying the course’s famous “Z” hole is one of the best par 5s in the world. The fairway of the Par 5 fourth bends like a backwards Z as it winds around two ponds to a green perched against an ocean backdrop.

You have spectacular ocean views on several holes including #1, #9 and #18 along with others. The ultra-dwarf Champion Bermuda greens installed in 2011 are in great shape and run true and fast, probably the fastest you’ll find in Puerto Rico. Challenges exist around every corner highlighted by the signature hole, the par-5 fourth, it’s a huge game of risk versus reward.

Come and have a good time with your friends or by yourself, and play a round on Dorado Beach - East Course - or one of the other 99 international courses available - on simulator, in very realistic conditions. We're just 15 minutes away from the center of Paris and easy to go to by public transport (bus, tram, metro or train) or.by car and there is plenty of parking spots around. Whether you've never played golf before, a beginner, a good golfer, or a pro, you will love it!