This International Championship course, designed by Henry Fownes in 1903 can be played at any time on simulator at Golf en Ville, the premier commercial indoor center of Paris 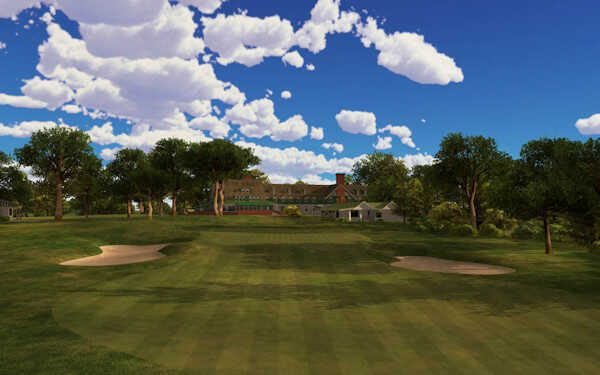 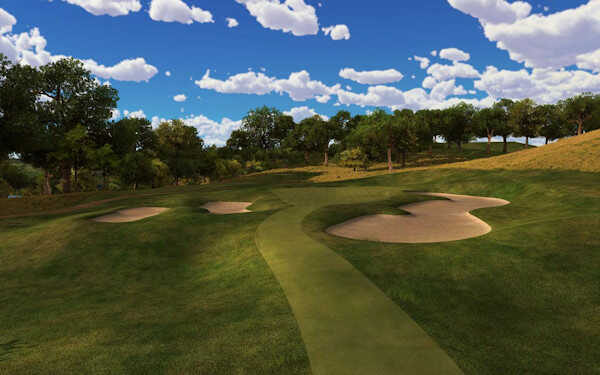 In the northeast suburbs of Pittsburgh you will find the oldest top-ranked golf course in the United States. Oakmont Country Club is known for its Church Pew hazards, notoriously difficult greens, and championship caliber golf.

The course has been heralded by the greatest players for its design and how well it is kept. Lee Trevino to Jack Nicklaus have a special reverence for the multiple US Open and PGA Championship venue.

In the words of Phil Mickleson, Oakmont Country Club “…is a really neat, special place.”

The course was designed by Henry Fownes in 1903.

The course is rated at 77.5, and is widely considered to be one of the most difficult courses in the United States, despite having virtually no trees or water hazards.

Oakmont Country Club’s most famous hazards are the Church Pew bunkers that are in play for Holes 3 and 4.

Oakmont is in Golf Digest’s “100 Greatest Golf Courses,” in the Top 5.

Oakmont plays straight. Off the tee, you aren’t left wondering about launching a drive through a dogleg, or carrying a washout area.

In fact, you can look out from the clubhouse and see the entire course. No trees. No water. Just grass and a whole lot of sand.

Oakmont doesn’t boast dramatic vistas like Pebble Beach or. Yes, the par-3 8th can play 300 yards, but there also are five par-4s that play less than 400. This is strategic golf. to make a par, you have to hit four good shots. Otherwise, it is easy to go sideways.

If you miss a fairway you’re in trouble. What makes this so mentally strenuous is standing on a tee where you see no apparent trouble: no water, no trees, no giant bunkers or washouts. It doesn’t seem like there’s pressure to hit the fairway, but you absolutely must.

The old joke about Oakmont is that they have to slow down the greens for the Open. The super-slick putting surfaces can slope left to right, right to left, back to front, or front to back.

Above the hole is death. If you have a downhill putt or chip, keeping it on the green can be an accomplishment, not only because of the speed but also because of the contours.

Those slopes affect more than just putts. Approach shots must be meticulously measured. Pitches and chips must be judged with precision and even a sand shot that might be perfect at 99 out of 100 courses won’t fly at Oakmont.

One of the most-used phrases during my Monday round: “That was inches away from perfect.” Oakmont punishes missed shots like nowhere else.

There’s no water at Oakmont, but the course is dotted with waterless red-staked hazards. A heavy rain could fill these gullies with standing water, but for the most part players will be able to hit out of them (assuming they can find their balls).

More than once during our round, caddies and players strolled past balls in the rough. Expect to see the pros trying – and often failing – to make these gnarly lies work.

And then there are the bunkers. The most famous of them are also the most dastardly: the Church Pews, appropriately named because this is where you go to atone for your sins. Hit into them, and you likely have no chance to go for the green, because like many of the fairway bunkers at Oakmont, if hit in, you likely have to wedge out.

Oakmont requires the most basic tenets of golf: hit good shots. It doesn’t require creative thinking or Marvel-like superpowers. Be smart, hit the fairway, hit your approach below the hole, and try your damnedest not to three-putt.

Come and have a good time with your friends or by yourself, and play a round on Oakmont Country Club - or one of the other 99 international courses available - on simulator, in very realistic conditions. We're just 15 minutes away from the center of Paris and easy to go to by public transport (bus, tram, metro or train) or.by car and there is plenty of parking spots around. Whether you've never played golf before, a beginner, a good golfer, or a pro, you will love it!