This International Championship course, designed by Tom & George Fazio (1981) & Jack Nicklaus (2002) in 1981 can be played at any time on simulator at Golf en Ville, the premier commercial indoor center of Paris 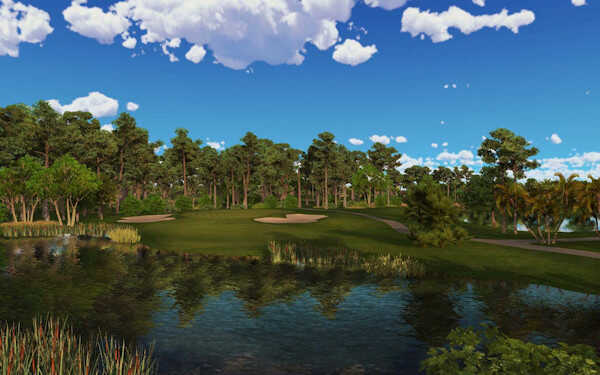 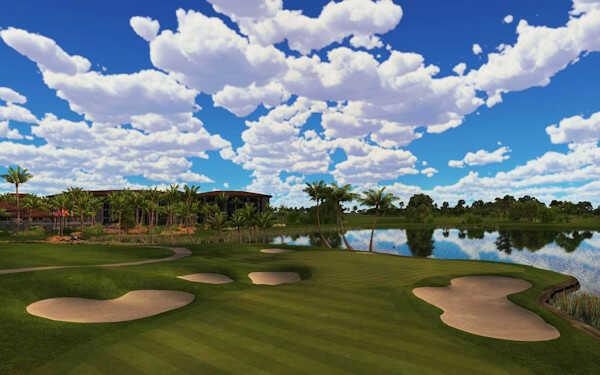 Home of the Honda classic and the Bear Trap

PGA National Resort is considered by many to be the toughest course on the PGA Tour, particularly holes 15, 16, and 17, better known as “The Bear Trap.” This 3-hole stretch was named in honor of Jack Nicklaus, who believed that “It should all be won or lost here,” and that even if golf balls went for a thousand yards, “The Bear Trap will stand the test, no matter what the equipment is.”

The Champion Course opened in 1981 and was designed by Thomas Fazio. Later, in 2002, the course was redesigned by Jack Nicklaus, who said that, “We didn’t just change the golf course, we basically designed a new one. For the most part, we kept the previous routing intact because most of the original land usage including, the changes in direction were fine and it also made good economic sense. The basic objective of the redesign was to try to make the Champion course a more playable golf course, or feel like it was a more playable golf course for all golfers concerned. “

The notoriously difficult three-hole stretch (15, 16, and 17) was named “The Bear Trap,” in honor of Nicklaus.

The course has been described by Karen Course of The New York Times as, “7,140 yards of venom, a king cobra of a course that rises without warning to strike down the world’s best golfers.”

The Champion Course first became the home of the Honda Classic in 2007. The Honda Classic was founded in 1972 and was originally known as Jackie Gleason’s Inverrary Classic.

Come and have a good time with your friends or by yourself, and play a round on PGA National - Champions Course - or one of the other 99 international courses available - on simulator, in very realistic conditions. We're just 15 minutes away from the center of Paris and easy to go to by public transport (bus, tram, metro or train) or.by car and there is plenty of parking spots around. Whether you've never played golf before, a beginner, a good golfer, or a pro, you will love it!