This International Championship course, designed by Donald J. Ross (1907) Bill Coore & Ben Crenshaw (2014) in 1907 can be played at any time on simulator at Golf en Ville, the premier commercial indoor center of Paris 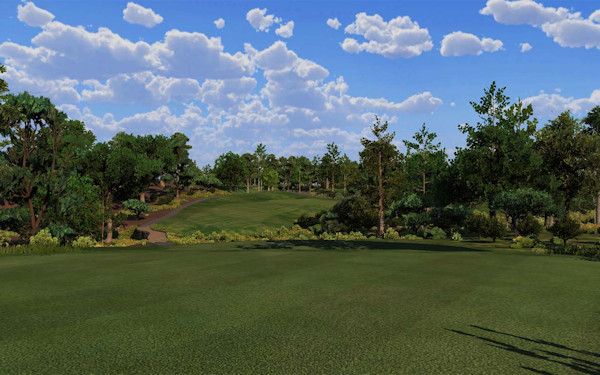 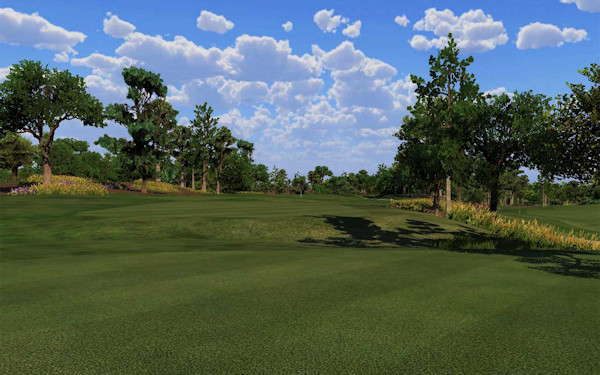 North Carolina is the home of Pinehurst Resort and some of the most beautiful golf courses ever designed.

Opened in 1907, the course was designed by Donald Ross. Ross later said that Pinehurst No. 2 was, “the fairest test of championship golf I have ever designed.”

Pinehurst No. 2 has served more single golf championships than any other course in America.

The course is known for its crowned, undulating greens. These greens are often thought to be some of the most difficult in the world.

In 2014, Pinehurst No. 2 hosted 14 days of championship play with back to back U.S. Open and U.S. Women’s Open Championships for the first time in their history.

In 2010, the design firm of Bill Coore & Ben Crenshaw began a project to restore the course to its natural and strategic characteristics that were the essence of Ross’s original design. Now, players are seeing and playing the course as it was originally envisioned.

Ross once noted that the first hole of any golf course shouldn’t be too difficult. “Give the player a chance to warm up a bit,” he said. There’s plenty of room to drive the ball and the hole is not too long. But the green provides a glimpse of the challenges to come – poor approaches will easily bounce away from the flag.

The second hole was the most difficult in the 2005 U.S. Open, averaging 4.5 strokes. The angle of approach is key. A drive favoring the left side of the fairway will offer the best look at the green, which sits at an angle and is heavily bunkered front-right.

1999 U.S. Open champion Payne Stewart made three birdies in four rounds on this short par 4, and it offers you a good birdie opportunity as well. Play for position off the tee with a fairway wood or long-iron, short of the bunker that creeps into the fairway on the right. Be conservative on the approach shot – over the green is trouble.

This classic Donald Ross par 5 is reachable for the long hitters, but for the average player it will play as a three-shot hole. Favor the left side with your tee shot to allow for the slope of the fairway. Be cautious of the bunkers approaching the green on opposite sides of the fairway. The 4th will play as a par 4 during the 2014 U.S. Open.

This challenging par 4 was the 3rd-toughest hole in the 2005 U.S. Open, with the competitors averaging 4.4 strokes. Favor the right side with your tee shot since this fairway slopes severely from right-to-left. Aim your approach shot for the right side of the green, as any missed shot to the left will leave you with a very demanding up-and-down. The 5th will play as a par 5 for the 2014 U.S. Open.

This par 3 was the 6th-most difficult hole in the U.S. Open, with competitors averaging 3.3 shots. For pros and amateurs alike, it’s a long-iron or fairway wood, ideally shaped a little from right-to-left. Bunkers catch anything hit a little offline, and a severe slope off the front of the green repels shots hit short of the target.

After 5 and 6, the 7th hole offers a bit of a breather. This is the sharpest dogleg on the golf course, and a cluster of bunkers on the right corner can grab tee shots that are pushed or leaked to the right. Favor the left-center off the tee, which will leave you a mid-to-short iron into a green sloped from back-to-front.

This par 5 from the white tees plays as a par 4 for the U.S. Open. The average score during the U.S. Open was 4.3. Approach shots missed left or long will make for a difficult up-and-down. This green is dramatically sloped from back-to-front.

This is the shortest hole on the course but nonetheless can bare some fangs. Club selection is essential, since most of the trouble lies to the left and behind the putting surface. This two-tiered green is wide and shallow, sloping from left-to-right.

Longest hole on the golf course may be reachable for some players, but they will be throwing caution to the wind in doing so. A good drive and a fairway wood should leave a wedge or short-iron into the green for a birdie try. The second shot must steer clear of a bunker on the left side of the fairway, approaching 110 yards from the green.

This is the first of a critical stretch of four par 4s. The fairway appears wide, but is bordered down the right and left side with a traditional Pinehurst trademark – hardpan sand, wire-grass, pine needles and pinecones. The safe approach shot is to the right-center portion of the green.

This subtle dogleg to the right requires an accurate tee shot, with more hardpan sand and wire-grass framing the right and left side of the fairway. A left-center tee shot affords the best angle into the green.

This classic short par 4 is far from a pushover. Your tee shot must avoid the fairway bunkers on the right. Club selection is crucial because an approach shot hit even slightly short will roll back down to the fairway.

This scenic tee shot must favor the right side of the fairway, avoiding the deep fairway bunker on the left and the set of four fairway bunkers on the right. Approach shots missed right or long will make for a challenging up-and-down. This classically crowned Donald Ross green, protected by two bunkers, is severely sloped from back-to-front.

A long, difficult par 3 for any player. The pronounced crowning effect of this narrow green puts a premium on a well-struck tee shot. If anything, favor the front portion of the green, since up-and-downs are easier from the front of the green versus behind it.

This hole is a par 5 for resort play, but played as a par 4 for the 2005 U.S. Open. The field averaged 4.4 strokes, making this the 2nd-most difficult hole. The key element after a good tee shot is to avoid a hidden bunker on the left of the fairway, near where your second shot should land.

This par 3 played a pivotal role in the outcome of both the 1999 U.S. Open, with Payne Stewart making a dramatic birdie to assume a one shot lead on Sunday, and the 2005 U.S. Open when Michael Campbell sealed his victory with a birdie. Right-side hole locations are the most difficult, so take enough club.

In the 1999 U.S. Open, Payne Stewart hit his drive into the right-hand rough, punched out short of the green, hit a wedge to 15 feet, and calmly rolled in the uphill putt to win his second U.S. Open! Avoid the long, deep fairway bunker down the right side off the tee and you’ll have a mid-to-short iron into the green. The greenside bunker short right is particularly tough.

Come and have a good time with your friends or by yourself, and play a round on Pinehurst Country Club #2 - or one of the other 99 international courses available - on simulator, in very realistic conditions. We're just 15 minutes away from the center of Paris and easy to go to by public transport (bus, tram, metro or train) or.by car and there is plenty of parking spots around. Whether you've never played golf before, a beginner, a good golfer, or a pro, you will love it!