This International Championship course, designed by Harry S. Colt & Charles Alison (1999) redesigned by Tom Fazio in 1999 can be played at any time on simulator at Golf en Ville, the premier commercial indoor center of Paris 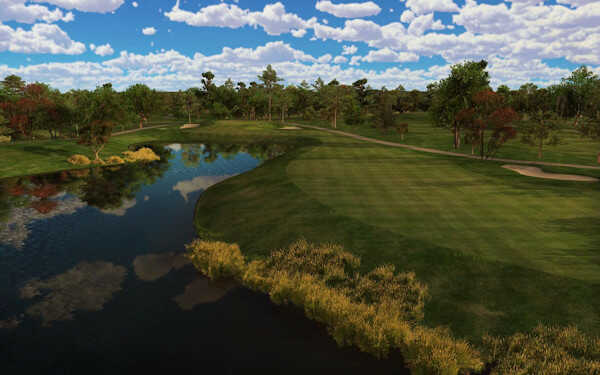 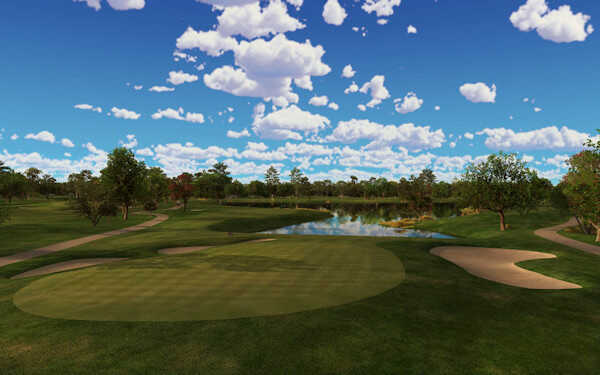 Seaside is one of three 18-hole championship courses at Sea Island Resort, Georgia

It is home to the RSM Classic, and is a must-play for any serious golfer. It is a links style course that features ocean views and complex greens.

This challenging course rewards players who carefully select their shots and who have the ability to recover as they wind through the marsh and forest.

The Retreat Course was designed by Davis Love III and Mark Love.

Sea Island Resort was rated the 4 of 75 of the Best Golf Resorts in the U.S.

Each year the Seaside Course and Davis Love III host The RSM Classic. Now in its sixth year, the tournament has raised more than $2.7 million for charity.

The Seaside Course was built in 1929. It was designed by famed architects Harry S. Colt and Charles Alison. In 1999, it was redesigned by Tom Fazio and has ever since been ranked prominently in Golf Digest’s “Top 100 Courses in the United States List.”

Tidal creeks, dunes, salt marshes, and the St. Simons Sound surround the course, giving it the feel of a traditional Scottish links course.

Hole 1
This starting hole is a slight dog-leg left with bunkers protecting the right side of the fairway. After a good tee shot, the player is left with a slightly uphill second shot to a raised green protected on the left by a greenside bunker.

Hole 2
From the tee, there is marsh and bunker to the left and water on the right. The second shot to this green can provide a test, with a bunker and water protecting the right side and a peninsula green providing a difficult back pin placement.

Hole 3
A bunker guards the front of the green on this par 3. Missing the green to the left makes for a challenging up and down for par.

Hole 4
This spectacular par four requires precision off the tee, with marsh on the left and a lake to the right. The second shot to this green is not easy, as a bunker protects the left side of the green and chipping swales fall off on all other sides.

Hole 5
A tee shot on this sharp dog-leg right can set up a short iron second shot for the longer hitters or a mid-to long iron for those playing it safe. The green is protected by a greenside bunker on the right as well as marsh running the right side and behind the green.

Hole 6
A downhill par three protected by a bunker in front and water behind the green, this hole is made tricky by swirling winds and requires the right club selection.

Hole 7
The lone par five on the front side is flanked with water to the right and dunes to the left. A good tee shot, depending on the wind, can leave a player the opportunity to reach this green in two shots. A large fairway bunker complicates a second shot lay-up due to a large fairway bunker left and dunes to the right. The green has substantial movement and is protected by marsh long and right.

Hole 8
This short par four provides players with many options off the tee. A 3-wood or long iron off the tee will leave a short, slightly uphill iron in for a second shot. A false front protects front pin locations and a large right greenside bunker protects back right pin locations.

Hole 9
A bunker protects the left side of the fairway in this long par. After a good tee shot, players will be left with a mid-to-long second shot to a green protected by a large greenside bunker to the left.

Hole 10
Not an extremely long par four, this hole requires two solid shots. With water left and a large bunker to the right, a solid tee shot is a must to be in position to attack this raised green protected by a large bunker both front and right.

Hole 11
Facing bunkers that flank both the right and left sides, longer hitters can carry the left bunker leaving a short iron in for the second shot. The green tilts from back to front and is protected by bunkers right and left as well as marsh long.

Hole 12
This long par three is at the mercy of the wind. Playing to the center of the green, regardless of pin position, will be the aim of all players. A large bunker protects the right side of the green making it attractive as players must negotiate the marsh short and left.

Hole 13
This signature hole plays once again at the mercy of the wind. Players have to negotiate the marsh running the entire left side of the hole while paying attention to three large fairway bunkers protecting the right side. An uphill shot to a green protected by a large front bunker makes birdie on this hole a bonus.

Hole 14
This long par four is set up by the drive. Players must play far enough left to avoid the large oak trees that can inhibit the second shot on this hole, while avoiding the marsh to the left. Wind off the ocean is always a factor here and, while there are no bunkers guarding the green, marsh runs the entire left side, making the swales right of the green a common place to play third shots.

Hole 15
Long hitters can carry the fairway bunker stretching across the left side to have a shot at reaching this par five. Players unable to carry the bunker must play right on the tee shot and lay up for a short third shot. The raised green is very well protected with bunkers left and right, and back pin positions can provide a difficult two putt.

Hole 16
This signature hole requires thinking on the tee. With a tidal creek running the entire left side driving area, players will hit their tee shots out to the right, but the farther right one plays, the longer the second shot to the well protected green. A bunker protects the green on the front, right side, while a false front runs the entire left side.

Hole 18
This dramatic finishing hole requires both length and accuracy off the tee. At 470 yards, players have to negotiate fairway bunkers both right and left to have a second shot in to the green, protected by bunkers both left and front right.

Come and have a good time with your friends or by yourself, and play a round on Sea Island Golf Club - or one of the other 99 international courses available - on simulator, in very realistic conditions. We're just 15 minutes away from the center of Paris and easy to go to by public transport (bus, tram, metro or train) or.by car and there is plenty of parking spots around. Whether you've never played golf before, a beginner, a good golfer, or a pro, you will love it!