This International Championship course, designed by Old Tom Morris (1850) in 1552 can be played at any time on simulator at Golf en Ville, the premier commercial indoor center of Paris 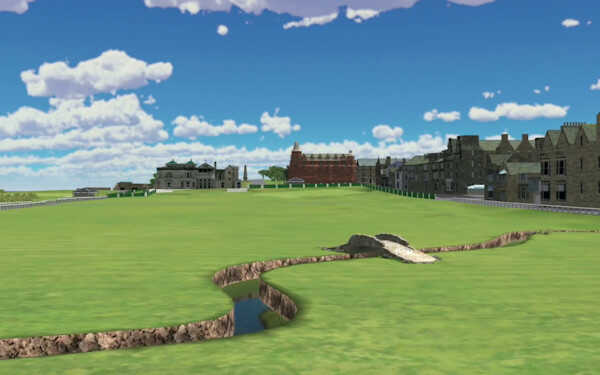 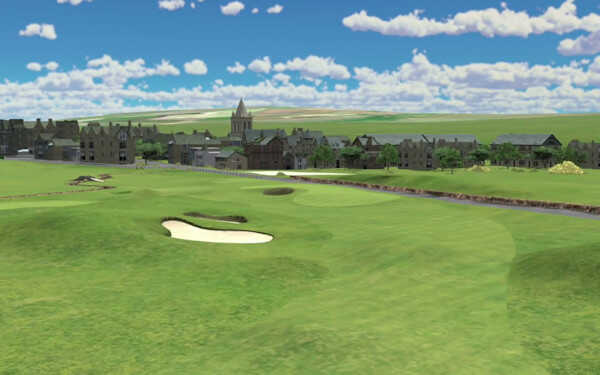 The Royal and Ancient Golf Club of St-Andrews is the oldest and most prestigious golf club in the world. It is based in St Andrews, Fife, Scotland, and is regarded as the worldwide "Home of Golf". Formerly, it was also one of the governing authorities of the game, but in 2004 this role was handed over to a newly formed group of companies, collectively known as The R&A.

One of the unique features of the Old Course are the large double greens. Seven greens are shared by two holes each, with hole numbers adding up to 18. Another unique feature is that the course can be played in either direction, clockwise or anti-clockwise. Along with that, the Old Course has 112 bunkers which are all individually named and have their own unique story and history behind them. The two most famous are the 10 ft deep "Hell Bunker" on the 14th hole, and the "Road Bunker" on the 17th hole. Countless professional golfers have seen their dreams of winning the Open Championship squandered by hitting their balls into those bunkers.

The Old Course is also home of The Road Hole, the par-4 17th, one of the world's most famous golf holes and perhaps the hardest hole in tournament golf. Among its unique features are:

Players using the back tees cannot see where their tee shots land. This is not unusual except that they must take aim over a corner of replica railway sheds which lie beyond the out of bounds wall. The original sheds were torn down when the rail line running next to the course closed, and after several Opens were played without the tee shot being blind, replicas of the sheds were created in preparation for the 1984 Open.

Other than rough, the primary hazard in front of the green is a sand trap known as the "Road Bunker."

Over the back of the green, hazards include a tarmac roadway, as well as an old stone wall. Both are in play; a wayward shot can lead a player to take their next stroke off the roadway or to hit the face of the wall and take their chances with the ensuing bounce.

The general method of play today is counterclockwise, although clockwise play has been permitted on one day each year in recent years, and for several special one off events since. The Old Course is that it is closed on Sundays to let the course rest. As a general rule, Sunday play is allowed on the course on only four occasions:

1. The final day of the Dunhill Links Championship, an annual event on the European Tour.

2. The final day of any R&A sanctioned Open Championships – men and women, and the men over 50 when it is held at the Old Course; this happens roughly once every five years for the men; the women's championship began its turn on the rotation in 2007, and the over-50 championship began in 2018.

In September 2019, Frenchman Victor Perez won the Dunhill Championship. This was the first win of a Frenchman in this tournament, of a Frenchman on the European tour in that season.

In 2005 the Old Course was ranked as the greatest golf course outside the United States, by Golf Digest.

One of the widest fairways in golf but there is out of bounds left and right. Aim left of centre, towards the small gorse bush at the edge of the Swilcan Burn. Play the second to the middle of the green and take the burn out of play.

Stay left from the tee to avoid the bunkers and gorse on the right. The ideal position is the right of Cheape's Bunker. The approach must take into account the pronounced diagonal ridge which forms the chief obstacle to the green

Drive left of centre to avoid a cluster of bunkers on the right. The major hazard on this hole is Cartgate Bunker, to the left of the green. The further left the drive, the more this bunker comes into play on the approach.
Hole 4 - Par 4/5 - S.I. 8/6 A drive to the plateau on the left gives a good view of the approach. Attacking the narrow valley is more risky. The shot from the right will avoid the large mound 20 yards from the green. The shot from the left will have to carry an array of bunkers.

Aim just to the left of the pair of far-off bunkers (The Spectacles). The lay-up is short of these bunkers. Beyond is a deep swale before the green. The distance of the approach can vary as the green is 100 yards deep.

The marker post guides drives from the medal tee; shots from further forward should go left of it to avoid the bunkers on each side of the fairway. The approach shot has to negotiate the gully in front of the green to reach the pin.

The most direct line to the green is towards the red flag on the eleventh green. Beware of the enormous Shell Bunker short of the green. The green slopes to the right so the best line is to the left of the flag.

The large green tilts slightly towards the back and is difficult to hold. A high lipped bunker guards the front. It can require a wood or a short iron, depending on the strength and direction of wind.

The perfect line on this short par four is left of Boase's and End Hole Bunkers. It may well be that a putt from the fairway is the best way to approach the hole. A definite birdie opportunity.

Open Champion in 1927 and Amateur Champion in 1930, Bobby Jones had a relationship with St Andrews that has passed into folklore. A subtle hole, it requires a well placed drive to the right of centre.

This demanding par three has been described as the shortest par five in golf. In any kind of wind it is challenging to find and hold the green which slopes from back to front. Hill and Strath are the archetypal greenside bunkers.

Hidden dangers lurk with bunkers in the middle of the fairway which are not visible from the normal tee. Carrying them is risky so the safe option is to aim for the left side of the fairway. A shallow two-tier green makes it tricky to get close to the pin.

The drive should avoid the rather ominously named Coffins, a group of bunkers 200 yards from the tee. Aim for the middle of this immense double green to avoid the deep bunker on the right.

With an out of bounds wall on the right, most players should aim for the landing area known as the Elysian Fields. The second shot should try to avoid Hell Bunker, one of the largest and most infamous on the Links.

Drive on the church steeple between the two prominent humps (Miss Grainger's bosoms). The deceptively deep green is one of the trickiest on the course.

A treacherous tee shot with out of bounds to the right and the Principal's Nose cluster of bunkers protecting the left of the fairway. A lay up could be an option as the route to the right was famously described by Jack Nicklaus as 'strictly for amateurs'.

The tee shot over former railway sheds to a narrow fairway leaves an approach to a shallow green with a devilish pot bunker nestled into the front left portion. The prudent shot is to the front right corner of the green, while avoiding the road.

Drive for the clock on the R&A Clubhouse. The road across the fairway is an integral part of the course and the ball must be played as it lies. The Valley of Sin is the final hazard on the course, and this is perhaps the most often three putted green in golf.

Come and have a good time with your friends or by yourself, and play a round on St Andrews Old Course - or one of the other 99 international courses available - on simulator, in very realistic conditions. We're just 15 minutes away from the center of Paris and easy to go to by public transport (bus, tram, metro or train) or.by car and there is plenty of parking spots around. Whether you've never played golf before, a beginner, a good golfer, or a pro, you will love it!