The Links at Spanish Bay

This International Championship course, designed by Robert Trent Jones Jr., Tom Watson and Sandy Tatum in 1985 can be played at any time on simulator at Golf en Ville, the premier commercial indoor center of Paris 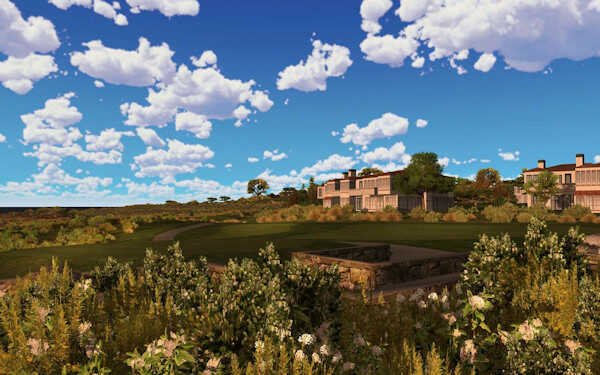 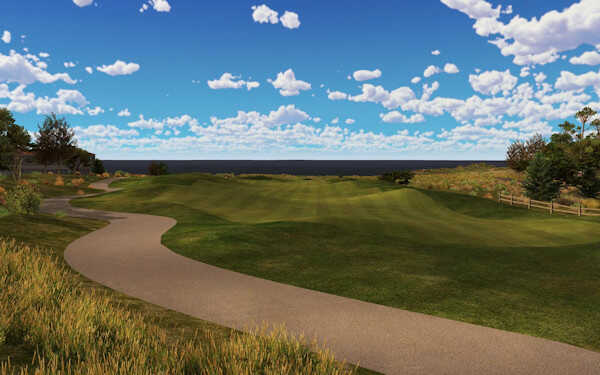 About The Links at Spanish Bay

The Links at Spanish Bay is a Scottish style masterpiece with stunning views of the Pacific Ocean. Often overshadowed by the prestige of Pebble Beach and Spyglass Hill, The Links at Spanish Bay® features unforgettable views, incredible play, and a world-class experience. Designed to preserve and protect the native plants, birds, and animals, is every bit as beautiful and challenging as its more famous counterparts.

Spanish Bay recalls the original Scottish concept of the game golf, established over five hundred years ago. This was the intention of the design team, Robert Trent Jones Jr., Tom Watson and Sandy Tatum, in their creation of a true links golf course. Links is an old Scottish word for sandy wasteland, usually near the sea, with bristly grasses and ever prevailing wind. The Links at Spanish Bay are so authentic that even the Monterey coastline mirrors the rugged, natural beauty of Scotland.

Here, the golf course provides you with the choice of using your regular shot or a low, running shot to play the firm turf while keeping the ball under the steady ocean breezes.

The Links at Spanish Bay was also built with a deep respect for environmental preservation. To further continue this mission, we have designated "environmentally sensitive" areas. Drops are allowed outside of these areas, so we ask for your understanding and cooperation to help us preserve the native plants, birds and animals that make this course so special.

Meandering among sweeping sand dunes along 17-Mile Drive, The Links at Spanish Bay unveils some of the most spectacular seaside views in Pebble Beach. The rolling fairways flow through and around the gorgeous dunescape, briefly weaving between towering Monterey Pines, before returning to the white sand of Spanish Bay Beach for a thrilling finish along the wind-swept coast.

A twilight round is punctuated by the tunes of the famed Spanish Bay bagpiper, who puts the course to bed every evening.

Spanish Bay is unanimously ranked among the best public courses in the state and the country, and annually hosts the pros during the TaylorMade Pebble Beach Invitational Presented by Dell Technologies.

The course was opened on November 5, 1987. Tom Watson, who played the inaugural round, shot a 67. Watson’s score is still the course record.

Every evening a bagpiper closes the course in Scottish tradition.

The Links at Spanish Bay is one of the most ecologically sensitive courses in the world; players are asked to drop outside of specific areas to help preserve the native plants, birds, and animals that make the course so special.

Play The Links at Spanish Bay in Paris on simulator

Whether you are a good golfer, a beginner or you have never played before, you can spend a good time and play The Links at Spanish Bay (or one of 99 international courses available on simulator) in very realistic conditions. Come with your friends or by yourself, we are 15 minutes away from the center of Paris by car and we are easy to go to by public transport.

The simulators are easy-to-use. In one click, you can choose to play a selection of holes or the whole course; you can adjust some twenty parameters and display modes and customize the gaming experience and difficulty: the tee-box that is right for you, wind strength, pin position, green speed, fairway hardness, etc ...) or simply you can keep the default settings. You can also try one of the 35 scoring systems available, for more fun.

You can also choose to take a golf lesson on this course, and enjoy the precision of trajectory and ball flight measures and the beautiful surroundings.

Please note that the severity index indicated above is meant in ideal conditions i.e. no wind, pin position easy,...
If you add some wind and choose other tougher settings, it's a different ball game, some courses can become very challenging.